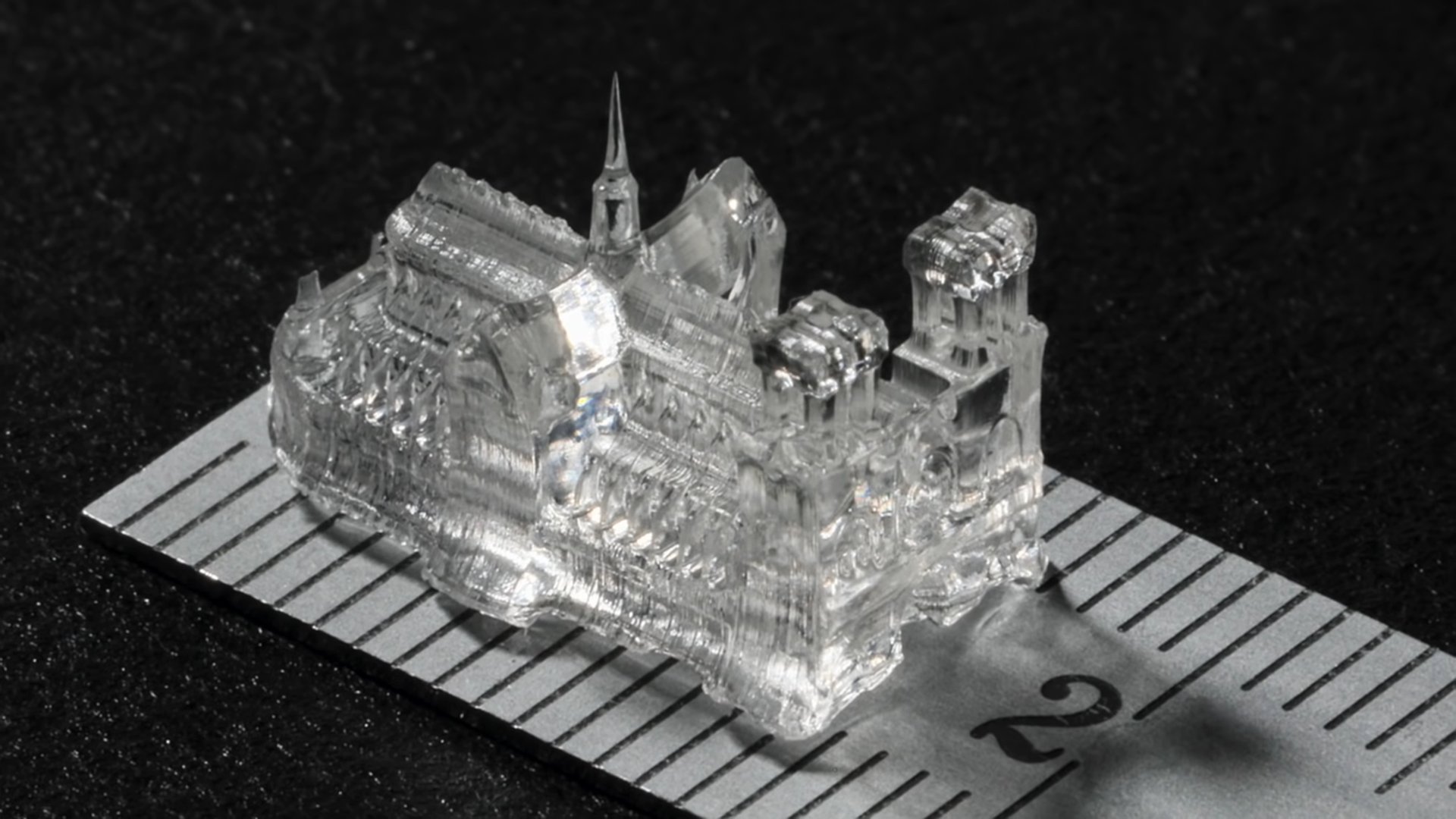 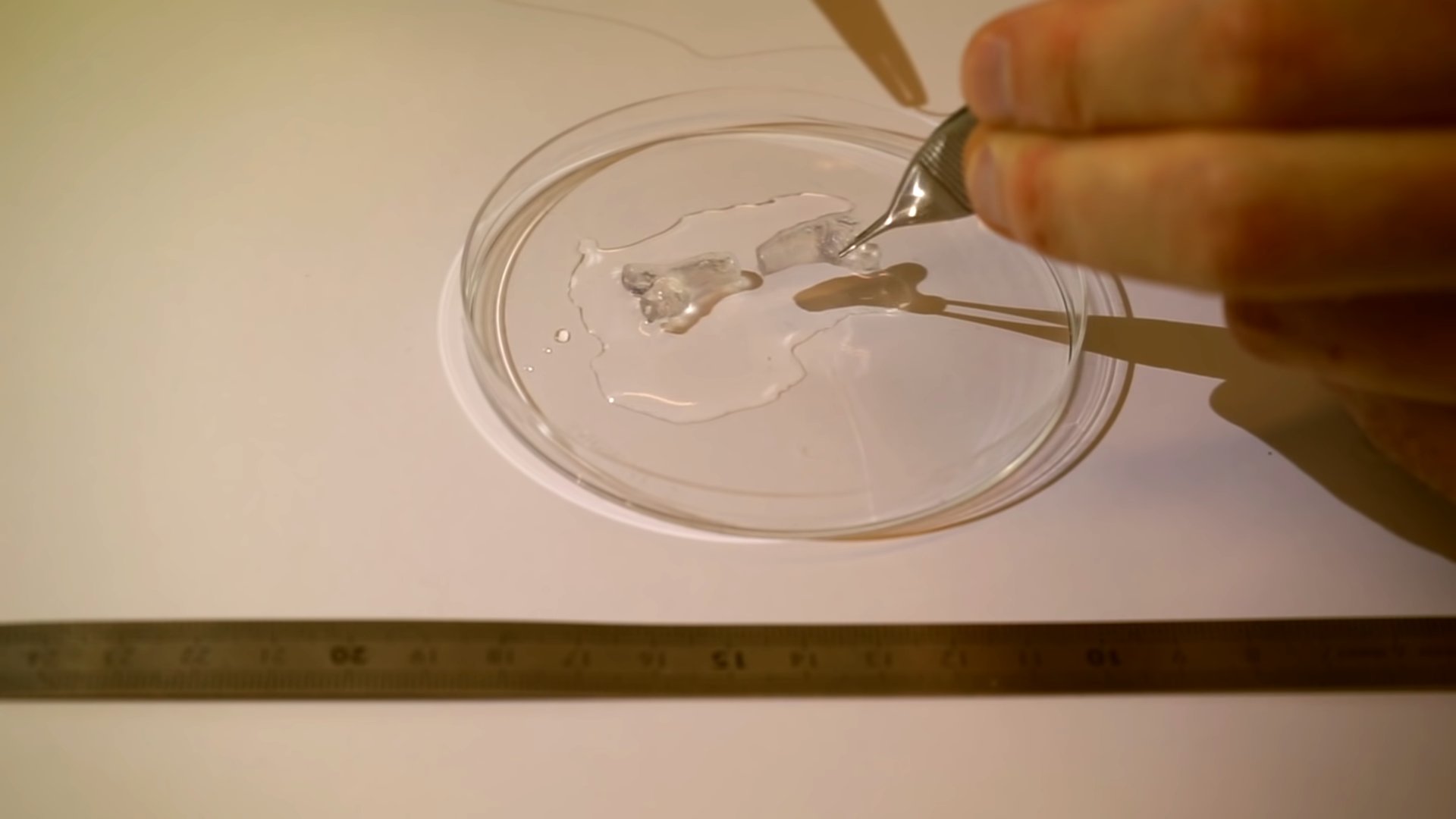 Swiss technology is basically identical to CAL, the US-based method. On the whole, the product is constructed in a container with transparent resin that’s thoroughly cured by UV-laser input from the DLP modulator. The modulator provides multi-dimensional projection during the container’s rotation, which allows forming the desired shape. In order to avoid stray light beams, the overall light intensity must be limited. It is impossible to achieve one-stage solidifying with this technique, but continuous irradiation combined with constant container rotation accumulate required amounts of light fairly quickly.

When compared to traditional stereolithography (SLA), a faster production rate is not the only advantage featured by the Swiss development. Another advantage is that the model is constructed as a whole, rather than layer-by-layer which helps to retain durable details with isotropic properties. The product is manufactured without overhanging structure support, resulting in a wider range of delicate and fragile materials to choose from. Moreover, the technology allows utilizing high-viscosity resins and thermoreversible gels. In fact, the usage of high-viscosity resins is recommended since they benefit to printing resolution by lessening the diffusion blurring and enhancing light distribution. Such materials are also highly resistant to reactive species that may interfere with the product quality (e.g. radicals and oxygen). 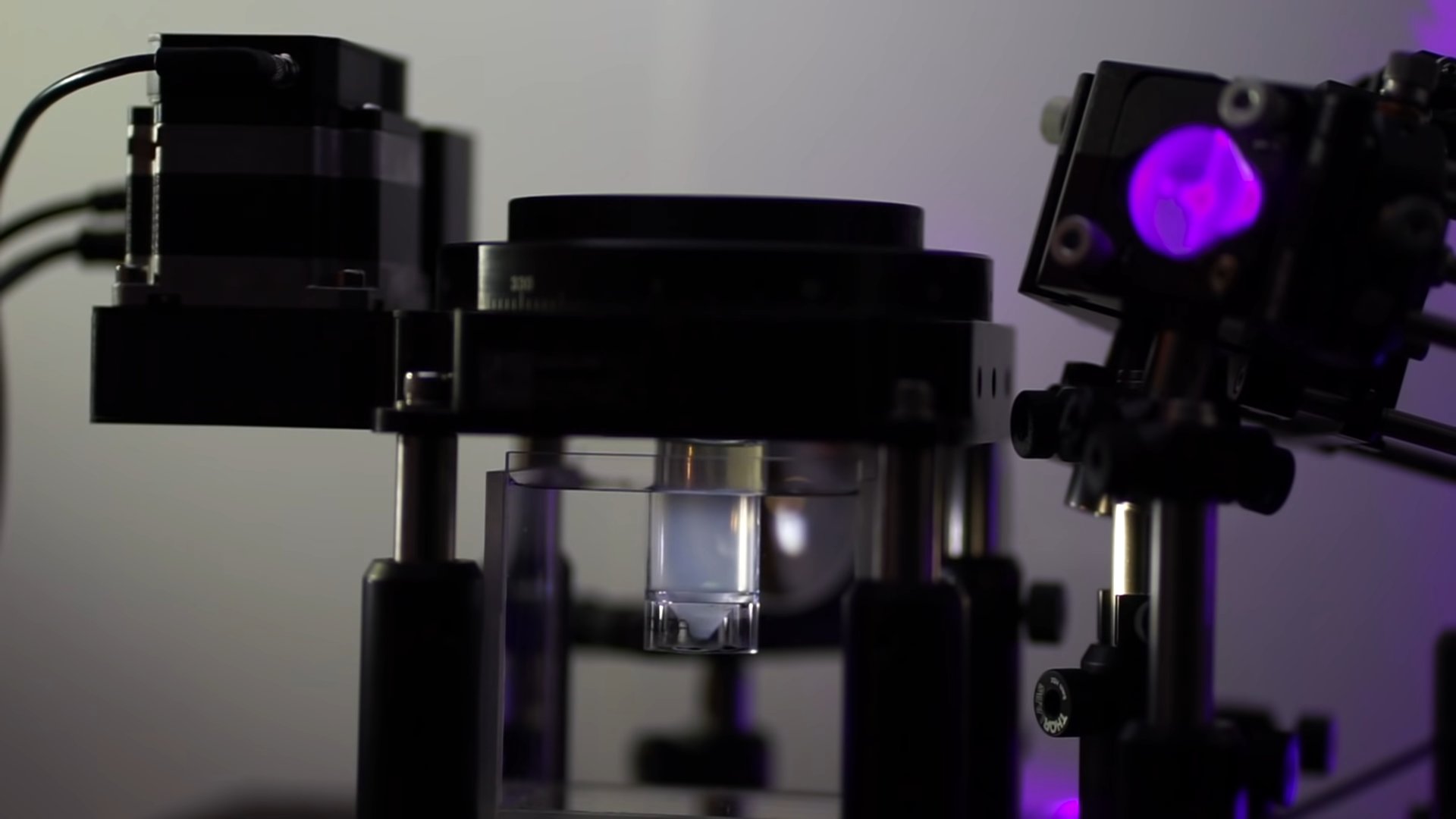 The developed technology will be a great contribution to biomedicine since it allows to 3D-print complex hydrogel supports. Producing high-quality blood vessels and hollow structures on ordinary devices printing “layer-by-layer” is difficult, since outcoming parts are not durable and may collapse under their own weight. Moreover, it is challenging to remove supports from delicate products and tissue samples. Therefore, it is hard to achieve success in 3D-bioprinting with ordinary machines because it requires tissue-like structures produced from delicate materials.

Tomographic volumetric additive manufacturing allows printing details of 0.4-0.8 in. (1-2 cm) in just half a minute and even faster. For example, the 80 μm Notre Dame’s arched buttresses were printed in 19.5 s.

Though this method is not particularly unique, Swiss scientists have to be credited for continuously improving the technology and making it commercial. Readily3D has been founded specifically for the latter reason. The team actively patents their developments and provides detailed reports. The topic is also researched by other pioneers of volumetric resin 3D-printing such as Daqri, the US-based startup and Cellink AB, a manufacturer of biomedical 3D-printers from Sweden.
Tags:
Hubs:
+1
1.3K
0