Entrepreneurial activity in IT These days, video streaming mobile apps have been witnessed with an increased spike of subscribers & now much video content is being much cherished without any interruptions via a streaming app.

This is duly because catering to the prerequisite needs of end-users have popularized several VOD streaming services that has bought keen interest as compared to to the big black box which is slowly diminishing its presence.

According to recent forecasted data, there is a positive anticipation of the entire VOD streaming  platform development’s  market to expand its size & peak its value by $842.93 billion by the year 2027! Source: Softermii 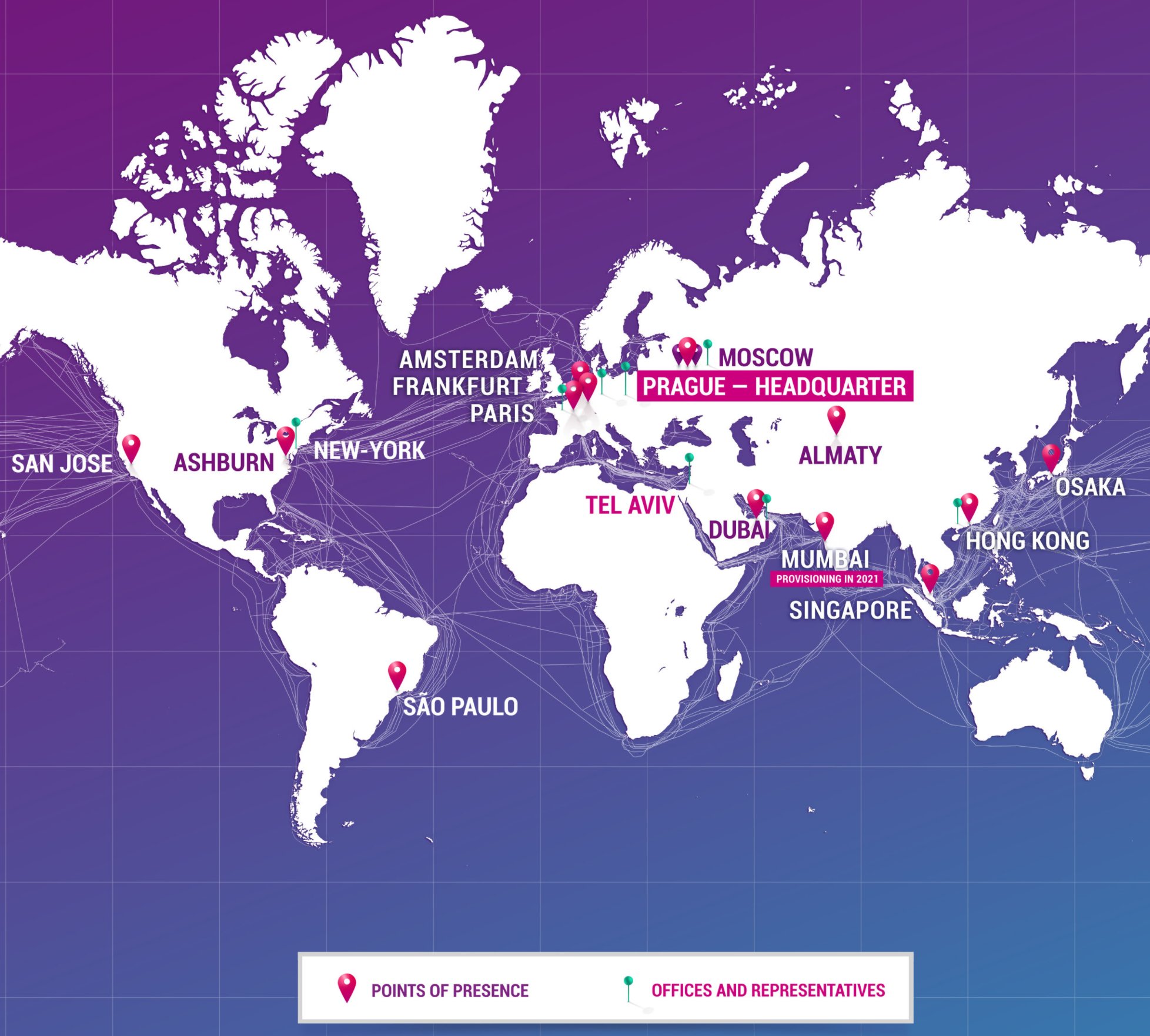 Why is it valuable to get into the Qrator Labs partnership program?

In Qrator Labs, we firmly believe that working together brings a better result. Which is the reason why, for years, we were trying to find meaningful partnerships with all kinds of companies. They either seek to provide their existing customers with the top-notch DDoS mitigation technology developed at Qrator Labs with many additional ecosystem solutions or want to succeed the other way around. By getting their product available for Qrator Labs' customers by integrating into the Qrator anycast filtering network.

In this modern era of technological advancements, it is important to connect with people who matter the most to your business i.e. customers. Are you searching for a secure online video platform for your business?

Do you know what is secure streaming! After the onset of the coronavirus pandemic, Instacart, a popular online grocery platform, hired 300,000 workers to meet the demands of the people. In addition, they are planning to hire 250,000 more. Such is the demand for online grocery platforms nowadays. People are in self-isolation with restricted outdoor movements. The fear of contracting the disease is so high that people are looking for alternative ways even to access essential services. As a result, smartphone applications are gaining increased attention from people all over the world.
Read more →
0
698
2

How To Make An App Like Uber… And Exceed User’s Expectations? When we think about Uber, what immediately comes to our mind is cabs. We assume Uber to be an amazing transportation company. While there is no question that Uber revolutionized transportation, Uber is, in essence, a technology-based disruptor. What Uber did is to make use of the latest technology in breaking what was considered normal at that point in time.

Uber did not change the way cabs were driven – it was the same drivers and the same gasoline engines, and electric motors in some cases! However, what Uber did was to change the way the driver connected with a passenger who actually needed transportation.

Striking at the root of a process has its own benefits. It helps you diversify your portfolio of services and that too, in a very effective and efficient way. This is precisely what Uber did. They realized that what they have hacked is not transportation but technology. This is what enabled them to create a simple taxi app that started with operations in New York. In 2010, a year after it was introduced in New York, it also started serving San Francisco.

Uber came with better quality cars and aptly named it UberX and this service started in 2012. With the growing demand for carpooling and ridesharing, Uber started off with UberPOOL in 2014. Uber made sure it took into consideration the convenience and the competition. In 2014, Uber created Uber Moto which enables users to request motorcycle taxis. To take on the competition by players like Ola in India, they came up with the concept of Uber auto that delivers auto rickshaws to customers at their location.
Read more →
0
681
1
ShifaMartin 20 March 2020 at 18:02 But it’s easy to be a sheep! If you really try to understand this market, you’ll realize that more than half of the apps fail to earn revenue, and a significant amount of them barely cross 1,000 downloads. As per a Gartner report, it was found that barely 0.01 percent apps will find financial success by the year 2018.
Read more →
+1
1.9K
2
ShifaMartin 6 March 2020 at 15:20 It is quite observable today that every business requires to leverage the power of the internet and mobile to earn more profit and attract tech-savvy audiences.
Read more →
0
621
0

We have transcended into a world where most of the services that we want our needs available right in the comfort and confines of our homes! It is quite likely that an application addresses those needs.What makes these applications more interesting and relevant is the fact that they can identify the user and multiple attributes.

One of the significant attributes that can be identified by using mobile applications is the precise location of the user. The GPS, which was once confined to the military and aviation industry, has now been made available to almost every smartphone user. The GPS, combined with the mapping and navigation services by technology companies like Google and Apple, has made it extremely easy for the service provider to reach the location of the user. According to statistics, seventy-eight percent of millennial business leaders say that they'd like to leverage technology to better manage the business. However, the implementation of new technologies may be even harder in family-owned companies compared to a corporation.
Read more →
+1
829
1

Creating a taxi booking business in Dubai: How to launch customer-centric taxi app like Careem & Hala? Dubai has been an extra-ordinary territory when it comes to adopting technology and the offshoots of any innovation. It might be surprising for everyone to know that Dubai, which today stands as an epicenter of modernity had just 13 registered cars in 1989.

Dubai is quite an oxymoron. In spite of its global image, Dubai has an affinity for homegrown Brands. This mindset is not just confined to the Emirates but to the whole of the Middle East, stretching right from Saudi Arabia to Pakistan.

Here, in this blog, you will get answers to all such questions. Let’s start with some stats and facts related to apps for healthcare providers.

Launching an IT Business: Top 4 Tech Franchises of 2019 Launching a new business is always stressful and hard. Building everything from scratch can take years, with no guarantee your chosen business or marketing model is good enough. This is why franchising is so widespread – you can use an already established brand with polished marketing.

However, in the IT sphere, the number of franchise offerings is quite limited. So, I've come up with a list of promising tech franchises of 2019. Enjoy!
Read more →
+6
1.6K
1

Machine Learning and Theory of Constraints

Machine learning *Web analytics *Product Management *Business Models
Backlog prioritization requires simplification and weighting of tasks. Each one belongs to strategy like ads acquisition or CRO. We may consider turnover, operational costs, other metrics as input; profit margin, ROI — as output in case of retail. The perfect goal is to find 20/80 solution and focus resources on a single strategy at a time. Metrics tied to strategies gives the dimension of model. Sometimes unit economy relations are violated because of non-linearity. In practice it means low/insignificant correlation and poor regression. Example: it is impossible to separate acquisition and conversion — the quantity of acquisition affect its quality and vice versa. Decomposition of tasks/strategies assumes linear decomposition of nonlinear system. Besides nonlinear statistical evaluation of strategies is required when CJM can't be tracked or online/offline channels can't be separated.
Read more →
+11
1.2K
2 Managing your competition is an important skill that you need to have as a company. The management of competition can either be done by letting go of a market because it is too much to handle. You can also consider either selling yourself to a competition in a particular local market or acquiring them. Different companies adopted varied strategies according to the moment’s and the market’s demands.

Uber needs no introduction as a corporate or as a service provider. It has become synonymous with on-demand cab services and is slowly progressing towards providing many other services in the same fashion.

The phrase ‘Let's book an Uber’ has become common. In a decade, Uber has gained the status of a monopoly and has marked a prominent presence in more than 70 countries ever since its inception in 2009. However, it hasn't always been a bed of roses for Uber. The modern projects on the optimization and the automation of many business processes, assume, as a rule, that the first step will be the analysis of the large amount of the client’s documents. The purpose of it is the modelling the business processes “as-is” in a very tight schedule. The list of the analyzed documents includes normative legal acts, industry standards, SCRUM user stories, regulations, technical specifications and other corporate documents.

The analyst for the project faces a rather time-consuming task which is at the same time a routine one as well. It doesn’t have many means of automation at present. According to the analysis of modern means of business process modelling, even such well-known applications on the market as Enterprise Architect, ARIS, Bizagi Modeler do not have any support mechanisms for business process model building in their text description.

This article is focused on the BPMN model extraction from the document.
Read more →
+3
1.9K
0

You Do Not Need Blockchain: Eight Well-Known Use Cases And Why They Do Not Work People are resorting to blockchain for all kinds of reasons these days. Ever since I started doing smart contract security audits in mid-2017, I’ve seen it all. A special category of cases is ‘blockchain use’ that seems logical and beneficial, but actually contains a problem that then spreads from one startup to another. I am going to give some examples of such problems and ineffective solutions so that you (developer/customer/investor) know what to do when somebody offers you to use blockchain this way.

Let’s say you ordered some goods, and a carrier guarantees to maintain certain transportation conditions, such as keeping your goods cold. A proposed solution is to install a sensor in a truck that will monitor fridge temperature and regularly transmit the data to the blockchain. This way, you can make sure that the promised conditions are met along the entire route.