The chinese cure against spreading of the COVID19 virus

Chinese medicine against the spread of the virus.

I've been in a Chinese city since the beginning of this year, and from the standpoint of an eyewitness I can tell you how the evolution is gradually taking place, from «somewhere in a galaxy far away there's another sickness» to «whether there's enough food for everyone». Everybody goes this way with different speed, but there is one point that is not worth reaching — panic mood among those who realized the scale of the problem last of all. 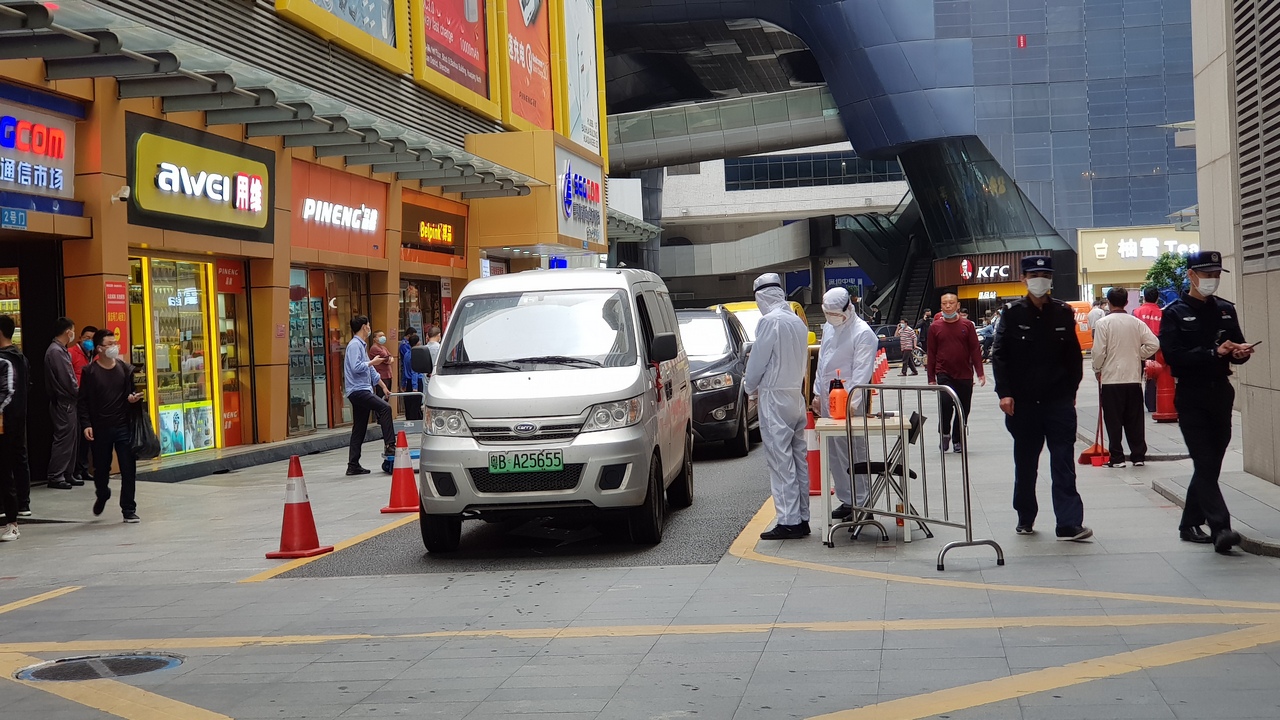 The Chinese people, based on the experience of the SARS epidemic in 2003, were able to immediately conclude that it is much more correct to put restriction on healthy population than to wait and quarantine sick people. Entire country of one and a half billion people got a sudden vacation extention. This happened in early February, was an unprecedented and very expensive economic decision, but it paid off, there was almost no panic in the people and the growth of the number of people who got sick practically stopped. Healthy people are much easier to manage than the sick, and when you have a billion and a half, it is a matter of life and death.

For our hundred and fifty million population, the window of opportunity is still open. If number of cases is on thee rise, we must immediately understand that this will not pass by itself, we must fight it, minimizing the number of diseases until a vaccine is available.

How and when it is time for treatment if you feel that you may have picked up the virus, let the real doctors tell you, and I will tell you in this post a little bit about how to prevent its spread. Based on real events that happened around me lately in Shenzhen, China.


Mandatory two-week leave (then it was extended to a month) for all personnel outside the life support industry, recommended by the government holidays on mortgage and credit payments, the preservation of earnings with forced downtime. All this so that people would not be too eager to leave home for work and would not breathe into each other's back twice a day in a crowded subway or bus car.

A strong recommendation to all landlords to spread out for a year or even to give up rent for one month.

To forbid disconnection of communication for non-payment, to give a credit for cellular services. It's okay, doesn't look that you will need money for 5G infrastructure in the near future.

In retail, try to force a cashless payment, paper money to minimize. For China it is easy, they already on the verge to get rid of cash.

As a measure, to oblige everyone to wear masks, for a start you can prohibit visiting without masks at least the subway. Check the temperature at the entrance. I have a video on Facebook, how it is done automatically, who cares, for programmers it is not something fantastic.

Masks should be worn by everyone who works with people, cashiers, taxi drivers, conductors. A lot has already been said about this, yes, the mask does not protect you personally, it's a myth, but it protects society and you with it. You wear, she wears, they wear. Everything is equal and there's no reason to worry.
In China, literally in a week everything changed and people without masks felt very uncomfortable, at best they were just pointed at their faces. Now, of course, country went full caliphate mode, especially girls look exciting, mask on the whole face and expressive stripes of eyes above it, very beautiful, like in anime.

The most unusual and visible is the closure of all catering establishments, cinemas and theaters, exhibitions and museums, the cancellation of public events. The risk is too great, even one person at such a gathering can spread the virus to hundreds. It is clear that this should be done in Moscow and St. Petersburg, but perhaps not yet in other less touristly developed places of our country.

In other cities, by the way, against the background of news, the attitude towards people from areas with most infected reports may change. Just so you know, China has almost immediately ceased the travel opportunities. Many domestic flights were cancelled, cross-city bus service stopped, and in general, migration of people was halted. Almost no one was able to return home or travel without special need. 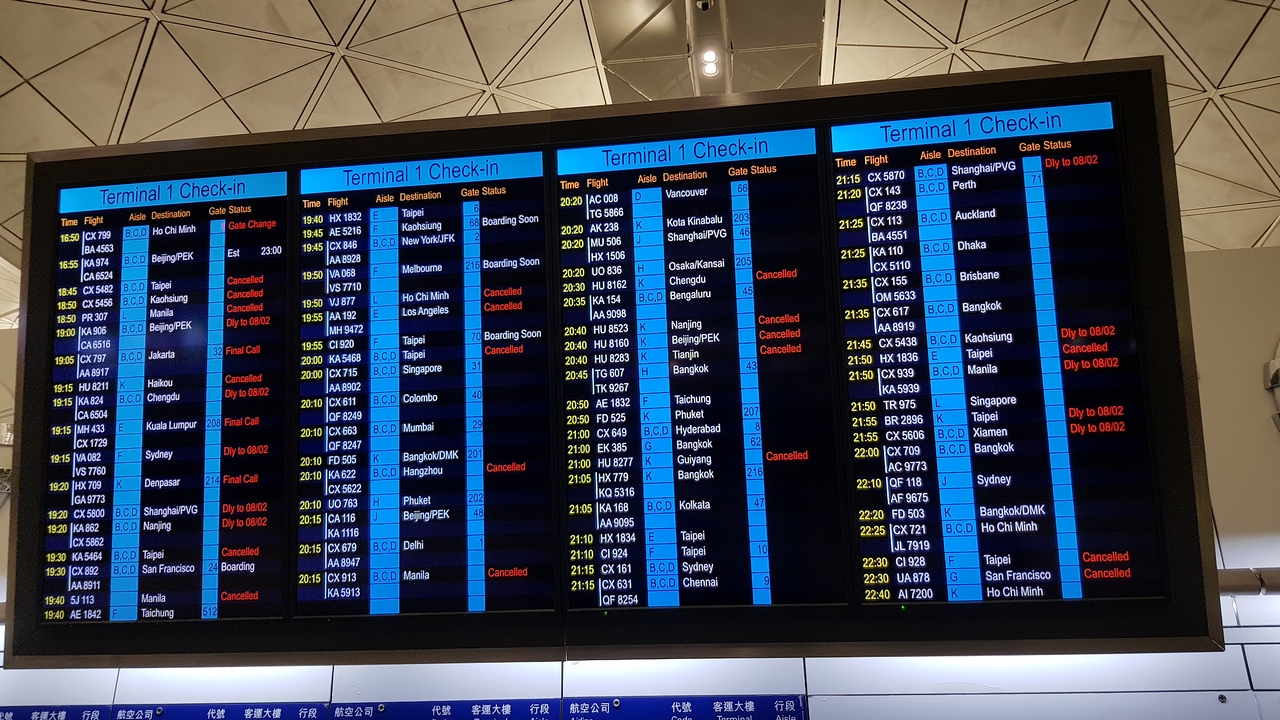 And if you were able to go somewhere else, for example getting out of China, you were required to fill out a paper saying that you had not been to Hubei Province. Most of the world was afraid of importing the decease in that time. 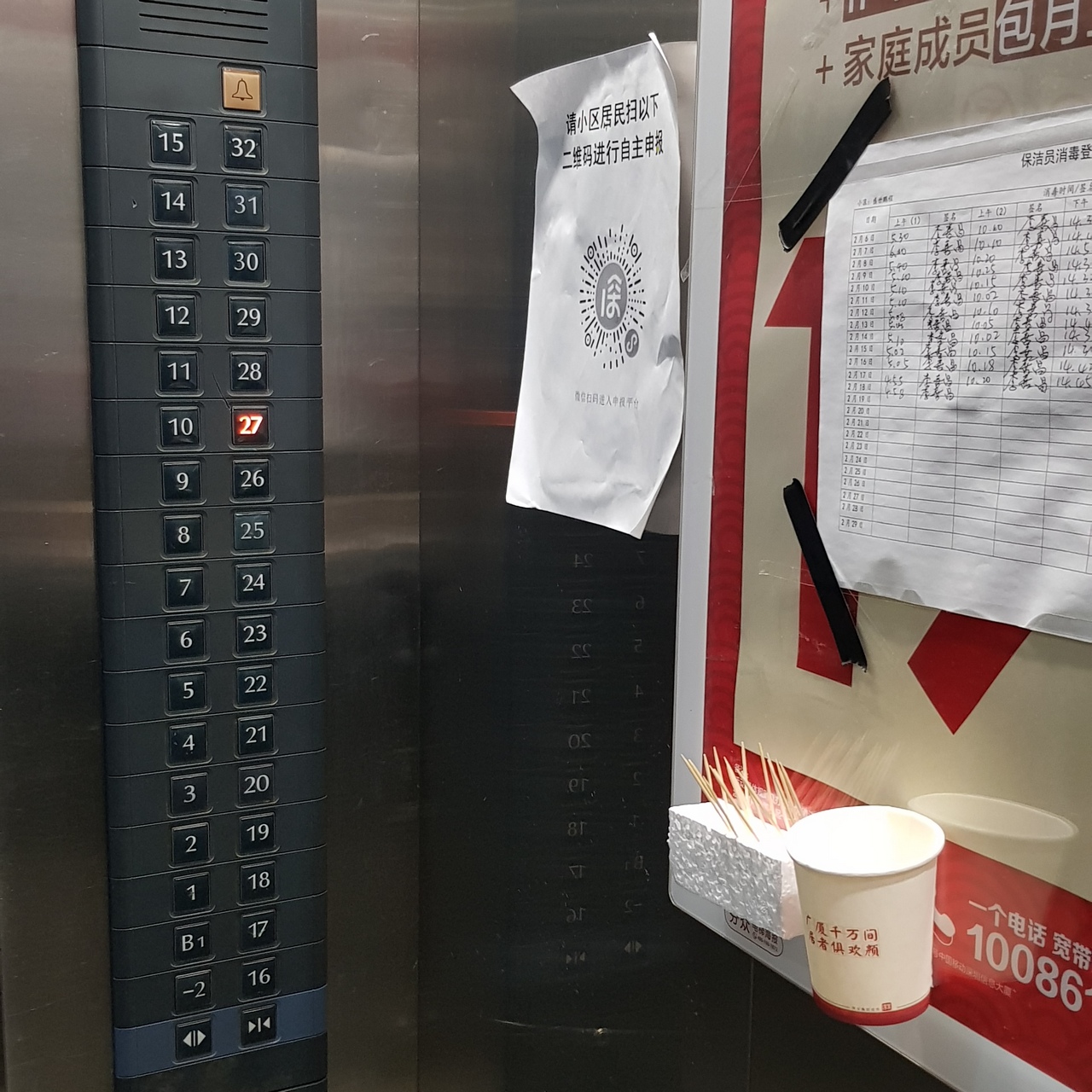 All the neighbourhoods have been enclosed with fences, and entry and exit are strictly controlled and the temperature must be measured and recorded. All public transport, all taxis, and most importantly, every entrance now has a QR code. It needs to be scanned at the entrance, by an application in the phone. It's voluntary, but everyone tries to do it. Every step of a citizen is counted somewhere in a large database. In case someone has a virus, his adventures will be rewinded for a few days to identify and test everyone he came into contact with, from taxi drivers to neighbors.
I believe this system has worked before, on a cellular network data but it took an unusually long time to process and compare data from different sources. Now everyone has agreed, quite willingly, to report himself to the Big Brother Nurse. 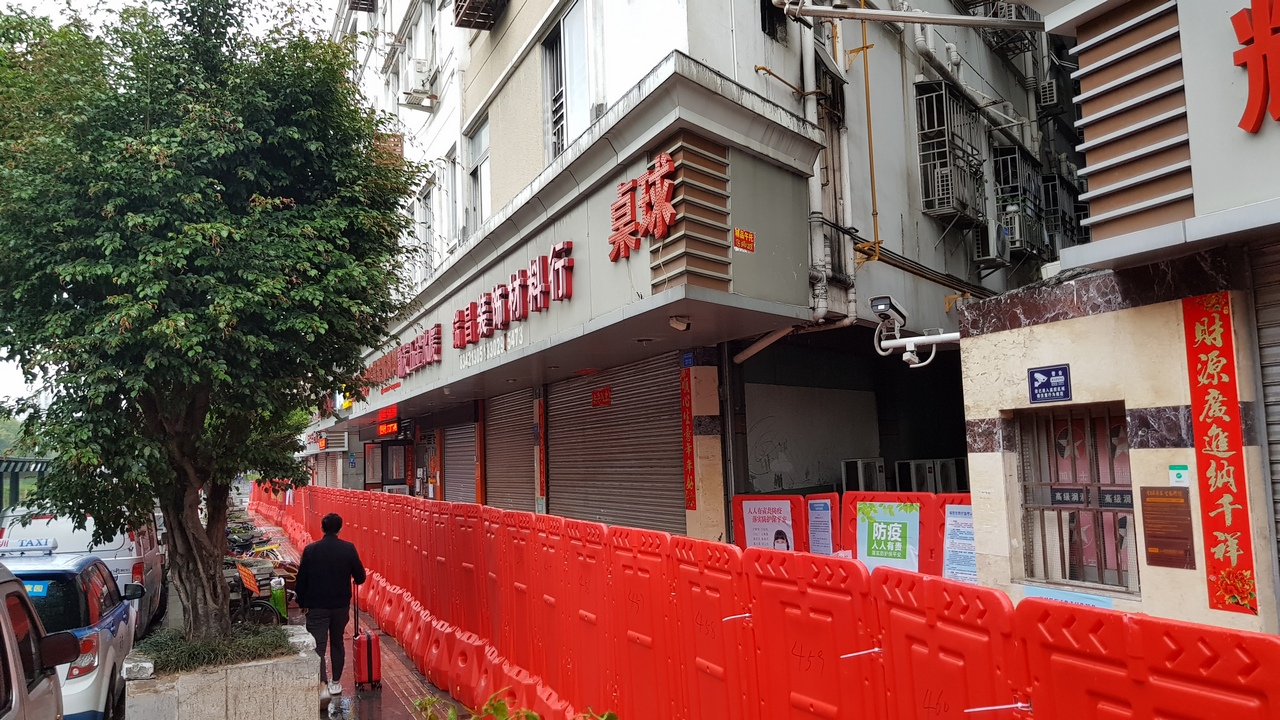 There is Wechat app, Health, which everyone uses to litterally report their movement, that also shows statistics and dynamics of those who got sick in the country, the neighborhoods districts in which the sick were identified. You can sign up to a lottery once a week to win 5 masks for symbolic price. Of course, most Habr readers already learned the ways to make a mask yourself.

As for personal recommendations, hygiene and minimization of contacts with the outside world. Try not to use public transport and even a taxi, if your driver accidentally sneezes, you in the same second realize that walking — useful for health! And remember, in any incomprehensible situation, eat garlic. At least it will be felt that you are contributing to the fight, if not with the coronavirus itself, then with his friends.

The best option is to go as a family to Mars (crossed out) dacha, with a supply of wine, nuts and soap operas. Health to you, and good luck. 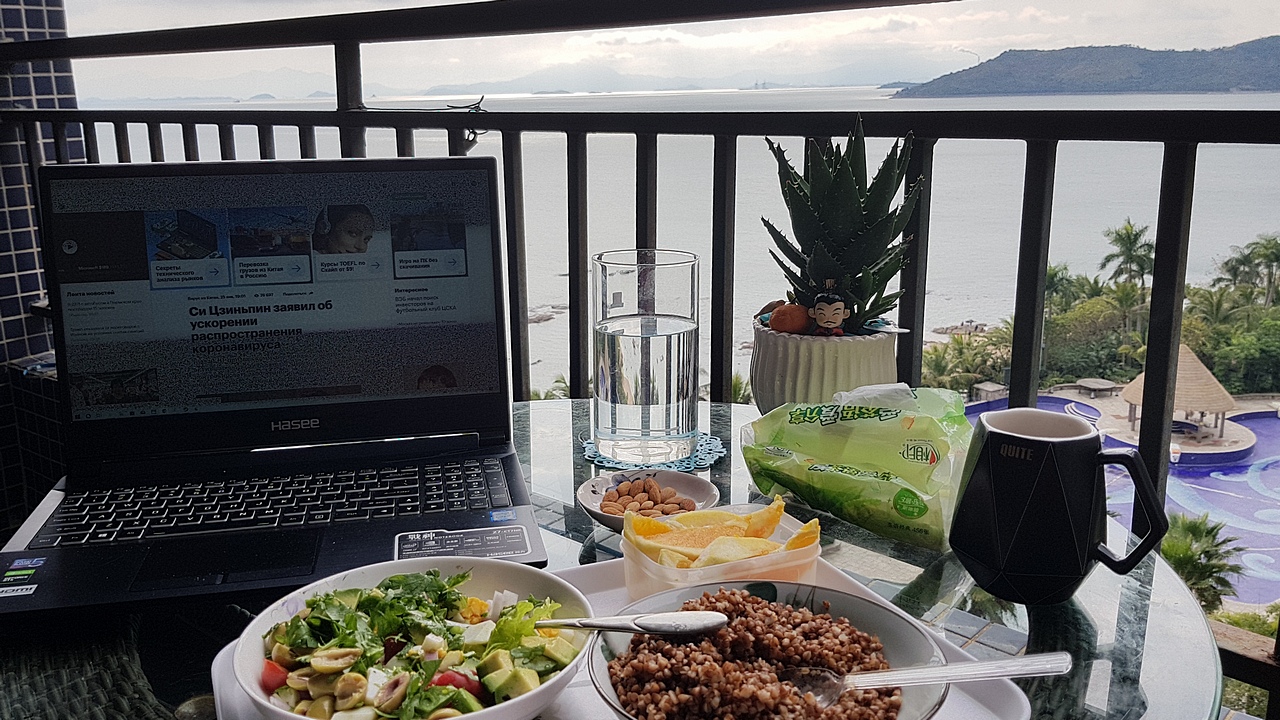 And also, the bonus for these difficult measures will be the birth rate spike in the country by next New Year! :)