Why do you need the MISRA Compliance report and how to generate one in PVS-Studio? If you are strongly interested in MISRA and would like to understand whether your project meets one of the MISRA association's standards, there is a solution. It's name is MISRA Compliance. PVS-Studio has recently learned how to generate the MISRA Compliance report. This article describes how you can use this feature. This can make somebody's life better. Recently PVS-Studio has implemented a major feature—we supported intermodular analysis of C++ projects. This article covers our and other tools' implementations. You'll also find out how to try this feature and what we managed to detect using it.

The PVS-Studio analyzer already has plugins for such IDEs from JetBrains as Rider, IntelliJ IDEA and Android Studio. Somehow we missed another IDE - CLion. The time has come to make amends! But why would you need PVS-Studio if CLion already has the code analyzer? What problems appeared during development? Keep reading to find answers to these questions.

Checking BitTorrent in honor of the 20th anniversary. Time == quality

Couple of weeks ago (or to be more precise, on July 2, 2021), the legendary BitTorrent protocol turned twenty years old. Created by Bram Cohen, the protocol has been developing rapidly since its inception, and has quickly become one of the most popular ways to exchange files. So why not check out a couple of long-lived related projects with the PVS-Studio analyzer for Linux? 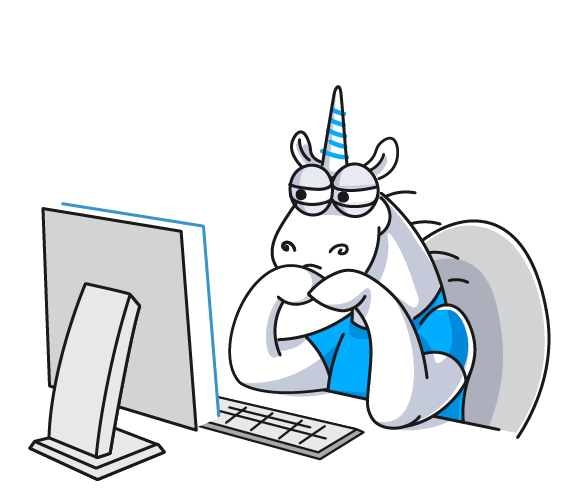 One Day in the Life of PVS-Studio Developer, or How I Debugged Diagnostic That Surpassed Three Programmers Yo, Ho, Ho, And a Bottle of Rum — Or How We Analyzed Storm Engine's Bugs From the earliest days, we used MSVC to compile the PVS-Studio C++ analyzer for Windows - then, in 2006, known as Viva64, version 1.00. With new releases, the analyzer's C++ core learned to work on Linux and macOS, and we modified the project's structure to support CMake. However, we kept using the MSVC compiler to build the analyzer's version for Windows. Then, in 2019, on April 29th, Visual Studio developers announced they had included the LLVM utilities and Clang compiler in the IDE. And just recently we've gotten around to try it. There are two kinds of graph traversal methods.

Stack is a linear data structure. In stack, data access is limited. It follows the rule of insertion and deletion of data. Stack is a collection of only similar data types. Elements in the stack are arranged sequentially. It follows the LIFO principle which is the last-in and first-out rule.

A SimpleGAS is a set of tutorials for entry-level Unreal Engine enthusiasts who wants to leverage the power of the Gameplay Ability System in their prototypes. While there are great tutorials and GitHub repositories which cover the topic of GAS in more depth, this tutorial is requiring a minimum C++ setup and showcases working examples built entirely using Blueprints. This tutorial is for those who are new to Unreal Engine gameplay/multiplayer development or simply need an easy headstart before diving into more sophisticated GAS-related content.

IncrediBuild: How to Speed up Your Project's Build and Analysis "How much longer are you going to build it?" - a phrase that every developer has uttered at least once in the middle of the night. Yes, a build can be long and there is no escaping it. One does not simply redistribute the whole thing among 100+ cores, instead of some pathetic 8-12 ones. Or is it possible?

PVS-Studio Learns What strlen is All About Somehow, it so happens that we write about our diagnostics, but barely touch upon the subject of how we enhance the analyzer's internal mechanics. So, for a change, today we'll talk about a new useful upgrade for our data flow analysis.

MacOS Kernel, How Good Is This Apple? At the very beginning of this year, Apple released the source code for macOS – Big Sur. It includes XNU, the kernel of the macOS operating system. A few years ago, PVS-Studio has already checked the kernel source code. It coincided with the analyzer release on macOS. It's been a while since then. The new kernel source code has been released. A second check? Why not? Most influential programmers say that code must be self-documenting. They find comments useful only when working with something uncommon. Our team shares this opinion. Recently we came across a code snippet that perfectly proves it.

Example of How New Diagnostics Appear in PVS-Studio Users sometimes ask how new diagnostics appear in the PVS-Studio static analyzer. We answer that we draw inspiration from a variety of sources: books, coding standards, our own mistakes, our users' emails, and others. Recently we came up with an interesting idea of a new diagnostic. Today we decided to tell the story of how it happened. Having only programming background, it is impossible to develop software in some areas. Take the difficulties of medical software development as an example. The same is with music software, which will be discussed in this article. Here you need an advice of subject matter experts. However, it's more expensive for software development. That is why developers sometimes save on code quality. The example of the MuseScore project check, described in the article, will show the importance of code quality expertise. Hopefully, programming and musical humor will brighten up the technical text.

PVS-Studio, Blender: Series of Notes on Advantages of Regular Static Analysis of Code In our articles, we regularly repeat an important idea: a static analyzer should be used regularly. This helps detect and cheaply fix many errors at the earliest stage. It looks nice in theory. As we know, actions still speak louder than words. Let's look at some recent bugs in new code of the Blender project.

Free Heroes of Might and Magic II: Open-Source Project that You Want to Be Part of Recently we found out that the new version of the fheroes2 project was released. In our company there are many fans of Heroes of Might and Magic game series. So, we couldn't pass it up and checked the project by PVS-Studio. rotor is a non-intrusive event loop friendly C++ actor micro framework with hierarchical supervising, similar to its elder brothers like caf and sobjectizer. There is a bulk of important changes since the last release announcement v0.09